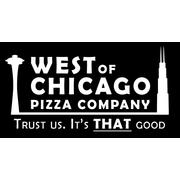 Job functions including but not limited to. Delivering orders quickly and efficiently in a safe manner.  Light “side work” to include light prep, folding boxes, cleaning, dishwashing, answering phones and taking orders. The focus will be delivery; however, all employees are expected to learn how to work every position in the Restaurant. Must have or be able to obtain a Washington State Food Handler's License (cost to be reimbursed).

Every Pie is made with LOVE!

Worth driving all the way from Chicago!
View Job Description

Save
Posted 8 days ago
OPENING SOON

West of Chicago Pizza Company (WCPC) is the story of how belief, friendship, and commitment to a vision creates success. Shawn Millard had a vision and the talent to make it happen; Stephen Bourne recognized that powerful combination in his friend and provided the seed money for the initial start-up. That loan soon became an investment, and the friendship became a partnership.

WCPC sold its first Chicago-style deep-dish pizza pie in April 2019 out the back door of a commissary kitchen in West Seattle’s Delridge neighborhood. In the first few months there was no walk-up window, no website and business was sporadic. The reviews, however, were not: out of the first 50 reviews placed online all but three were 5-star, with nothing less than a 4-star rating. That trend has continued through the first 36 months of business.

That kind of community response is evidence that our commitment to making the best food by using the highest quality ingredients (many of them house-made) is the foundation for long term success. It is our mission to continue to serve the best authentic deep-dish pizza outside of the city of Chicago!