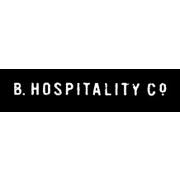 We are seeking to hire a dynamic and experienced counter cashier to join our hospitality team.
Counter Cashier
Duties & Essential Functions:

Open Jobs From B. Hospitality Co.

Open Jobs From B. Hospitality Co.