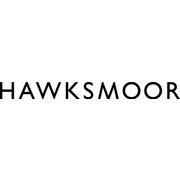 Reporting to the Executive Pastry Chef, we’re looking for a brand-new Pastry Cook to join our team and open our first international restaurant in New York.

Careers with Hawksmoor Group are among the best – generous pay and benefits, award-winning restaurants, unrivalled career opportunities and some of the happiest people in the business (as voted by the people who work here). The Sunday Times has recognised us in their Best Companies awards, as one of the top 100 companies to work for in the UK and we endeavour to do the same in the US.

Key responsibilities of the role include:
• To be responsible for your section in the kitchen, including, but not exclusively:
o Food quality and consistency
o Efficiency of services/kitchen
o Product and service standards
o Health & Safety
o Maintenance of kitchen equipment
• Set an example to staff when working on a section.
• A good understanding of:
o Product
o Company recipes (which must be followed exactly)


To be considered for the role you will have:
• Experience working in some of the best kitchens in New York.
• Comfortable and experienced with high volume businesses in terms of both covers and revenue.
• Professionalism and good communication skills.

Salary, package and benefits all to be discussed at the interview.

Careers with Hawksmoor are among the best – award-winning restaurants and bars; generous support and benefits – including an extra paid day off for your birthday; a compassionate, inclusive work culture; exceptional development opportunities; and some of the happiest people in the industry (as voted by the people who work here). Hawksmoor is the only restaurant company to have been named one of the Top 50 Companies to work for in the UK (in any industry) for every year for the past decade.

Hawksmoor is launching its first international opening in the historic United Charities Building in Manhattan in the Summer of 2021, and we are now hiring our opening team!

Founded in 2006 by childhood friends Will and Huw, Hawksmoor celebrates beef from traditionally-reared cattle, old-school cocktails and an obsession with flavor and ethics. We have been ranked by the Sustainable Restaurant Association as one of the most sustainable restaurant groups in the UK every year since 2012 - based on our ethical sourcing, environmentally positive practices, fair treatment of employees and community engagement. Hawksmoor has also been able to raise over £1 million for Action Against Hunger - a charity working to eradicate hunger - among other charitable initiatives.

“Hawksmoor has redefined the steakhouse. It’s brought great food, an amazing vibe and great cocktails together all under one roof to make it one of the best restaurants, not just in London, but in all of Britain.”
~Gordon Ramsay