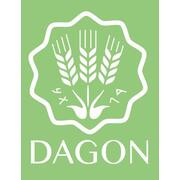 We are seeking an energetic Line Cook candidate who is familiar and comfortable with restaurant kitchen procedures and daily tasks - food prep, required line cooking and setting up supply stations - all key components of our Kitchen’s success ensuring our restaurant’s Guest satisfaction.

Responsible for preparing and/or directing the preparation of food to be served.Comply with all applicable sanitation, health and personal hygiene standards and follow established food production programs and procedures.
Responsible for appropriate use of facility supplies.

Essential Duties and Responsibilities:
Responsible for preparing and/or directing the preparation of food to be served.
Comply with all applicable sanitation, health and personal hygiene standards and follow established food production programs and procedures.
Responsible for appropriate use of facility supplies and equipment to minimize loss, waste and fraud.
Must love food and love to work with it.
Comfortable working with a team in a fast-paced kitchen environment.
Must have strong knife skills.
Must be able to follow written recipes and order tickets.
Understanding of various cooking methods, ingredients, equipment and procedures.
Accuracy and speed in executing tasks.
Current knowledge of culinary trends and optimized kitchen processes .

Requirements:
Demonstrated 2+ years of full service restaurant cooking experience.
Outstanding verbal communication and organizational skills.
Must be flexible regarding scheduling as it is based on business demands.
Dependable transportation.
Lifting, pushing and pulling up to 50 lbs.
Must be able to stand and walk for long periods of time.

Dagon, an exciting new restaurant on Manhattan’s upper west side is named for the Phoenician and Philistine god of agriculture and the earth, and features cuisine from “somewhere in the Mediterranean.”
Chef Partner Ari Bokovza, most recently of Claudette, and who is of Israeli heritage, feels that the Mezze, and small plates selections are the soul of the restaurant with items such as Sasso Chicken Liver with mustard seeds, date syrup, crispy shallot and baharat; Roasted Beets with horseradish yogurt, fried chickpeas, and crispy beef tongue; Charred Eggplant with buttermilk vinaigrette, tomato jam, and shabazi bread crumbs, and Shishbarak: Lebanese mushroom filled dumplings, with warm yogurt, pine nuts, and spicy herb sauce. Kubaneh, and Jerusalem Bagel are homemade, and there is a section of creative salads and entrees including Levantine “Caesar” with tahini anchovy dressing, parmesan, fried chick peas, toasted sesame, and anchovy tempura; Harissa BBQ Chicken with potato sumac puree, local greens, and Whole Roasted Branzino cooked over charcoal, with preserved lemon butter, and celery root.

Inspired by his Tunisian and Israeli family heritage, Ari Bokovza’s culinary style celebrates the rich flavors of the Mediterranean while maintaining a respect for individual ingredients. Bokovza trained throughout Europe, learning the techniques and philosophies of some of the finest chefs, culminating at the Michelin-starred El Racó d’en Freixa in Barcelona, Spain. Bokovza then enhanced his culinary repertoire by spending summers in Israel, where he further enhanced distinct flavor profiles from the influences of the Middle East and North Africa, for which he has become recognized for.

Here in the U.S. Bokovza has worked at some of the most notorious restaurants in New York including Union Square Cafe, Picholine, The Standard Grill, and The Modern. He later went on to serve as Executive Chef at The Harrison, Claudette, and BoBo, as well as the Culinary Director of Carlos Suarez’s Casa Nela Group, before joining the team at Dagon.