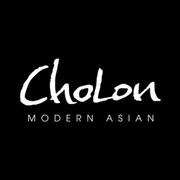 ChoLon translates to “big market” in Vietnamese and is named after the largest Chinese-influenced market in Saigon. It also includes Executive Chef/Owner Lon Symensma’s first name, so after his extensive culinary travels across Asia, it “felt right” to open ChoLon in 2010 in Denver.

Lon developed a love for cooking at an early age. At 19, he won the silver medal at the Culinary Olympics in Berlin, Germany. He attended the Culinary Institute of America in New York, during which he was named the National Junior Chef of the Year by the American Culinary Federation. Working under acclaimed chefs and learning different cooking techniques sparked his wanderlust to explore Asia.

Lon first traveled to Asia to participate in the opening of his mentor Chef Jean-Georges Vongerichten’s restaurant, Jean-Georges Shanghai. From China to Singapore and each country in between, he spent the next year exploring the cultures, learning from the locals, utilizing foreign ingredients, and becoming immensely inspired by his experiences.

Upon returning to New York City, Chef Lon opened Jean-Georges’ revolutionary Southeast Asian restaurant, Spice Market. He later became the Executive Chef of the iconic Buddakan, where the restaurant earned a coveted two stars from the New York Times. After a decade in NYC, Lon moved to Denver to open ChoLon.

You’ll notice ChoLon’s menu plays on interpretations of traditional dishes found across the Far East, combined with slight nods to Lon’s classical European training. For example, French onion soup is not usually found inside of a hand-pleated Chinese dumpling, but you’ll experience whimsical dishes like this across our menu.