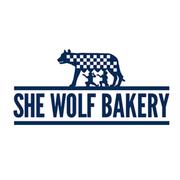 She Wolf Bakery, a Brooklyn breads bakery that works exclusively with local, organic grains and specializes in naturally fermented doughs is hiring Bakers. We offer:

We’re looking for someone with a passion for naturally leavened bread and experience in a professional kitchen setting. The ideal candidate will have worked for at least one year in a bread bakery, be dedicated to their craft, possesses strong communication skills, and respect both the people and ingredients with which they work. This position will require you to work weekends and some holidays. We don’t bake overnight and won’t ask you to either.

She Wolf Bakery is part of The Marlow Collective, a group of Brooklyn food businesses including the restaurants Diner, Marlow & Sons, Roman's, and Achilles Heel, the butcher and grocery shop Marlow & Daughters, Stranger Wines & Spirits, and Marlow Events. Our group of businesses is committed to sourcing seasonally, locally and organically, to creating truly unique and lasting partnerships with our farmers and producers, and to producing outstanding food and experiences that highlights these connections and quality ingredients.

We started baking bread in 2009 in the wood oven at Roman’s.
After dinner service, we would make a fire. Early in the morning, our baker Austin Hall would come in, rake out the coals and bake off bread for the day. This bread became a part of Roman’s at every service and staff meal, and soon the chefs at Marlow & Sons, Diner and Reynard wanted to bring the same quality and integrity to the bread they served.

We expanded bread production to own space in Greenpoint and now supply the bread served at all of our restaurants and others around the city. You can purchase loaves at Marlow & Daughters, Roman's and Achilles Heel, as well as four NYC Greenmarkets.