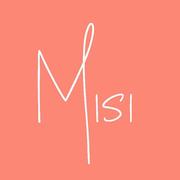 Chef Missy Robbins and team are seeking warm and engaging Hosts for their pasta-driven concept, Misi.  Our culture emphasizes mentorship, professional development, attention to detail, and commitment to teamwork.  If you are interested in working in high-volume, fine-dining restaurants and you would like learn more about hospitality, please apply! We look forward to hearing from you.

Chef Missy Robbins found her Italian soul in her five years as Executive Chef at Spiaggia from 2003-2008 in Chicago. Focusing her skills on fine dining Italian allowed Missy to find her true passion in cooking and to more fully understand regional Italian cooking.

Missy returned to New York in Fall of 2008 to be the Executive Chef of A Voce Madison and A Voce Columbus. While there she maintained Michelin stars at both locations for the entirety of her tenure and also was honored to be one of Food and Wine Magazine’s Best New Chefs in 2010. Missy moved on to open her first solo venture, Lilia, in early Winter of 2016. Shortly after, the beloved spot earned three stars from the New York Times. Missy's first book "Breakfast , Lunch, Dinner...Life" was published in September 2017. She was most recently recognized as Best Chef New York City in 2018 by the James Beard Foundation.