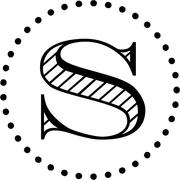 We are a seeking seasoned bartenders with warm personalities. We love to embrace our craft and creativity while creating a fun and friendly environment for both guests and staff! We are looking for both full time and part time bar staff for our tasting room

Save
Posted 6 days ago
Bartender
Cicala at The Divine Lorraine
Full/Part Time • Hourly (Based on Experience)
Philadelphia, PA • Fine Dining

You’re probably expecting to read a romantic story involving a long family history of time-honored distilling techniques meticulously passed down through generations. Details about how our family boldly survived prohibition by moving the old copper still out to a cabin in the mountains and bootlegged the goods to Atlantic City. And how, through it all, we’ve still never changed our recipe in 120 years— the Vodka we make today is the same exact one that Great Grandfather Ethan perfected back in 1907.

It’s a nice story. It’s a vaguely familiar story. People in corporate focus groups probably love that story. But it’s not at all our story. Our story began in 2013 with a simple conversation between two bored brothers:

“Hey, do you want to start a vodka company?”

It started there. But we had no money and no clue how to make vodka. As luck would have it, it was around that time we came to realize our parents hadn’t used their basement gym in what appeared to be many years. Desperate and broke, it occurred to us that this was a perfect place to hone our craft while saving money to launch our business. And so it was there, in a dimly lit corner of that perpetually unused suburban subterranean gymnasium, that Stateside Vodka was born.

We learned the basics of distillation with some help from Google. Utilizing eBay, we sourced a legally dubious contraption of a still which consisted of a repurposed beer keg welded to some high school lab equipment. Over the months, we researched, joined online forums, made some distiller friends, tweaked, and ultimately perfected our vodka. That is until our father, having recently binged Breaking Bad, stumbled upon our makeshift operation, accused us of making you know what, and unceremoniously kicked us out of the house.

Fortunately, we had learned enough to land a distilling fellowship at Michigan State University. That was quickly followed by a consulting gig with a famous Vodka brand in Poland. Armed with more knowledge, experience, and credibility, we returned stateside ready to fine tune our business plan and begin the process of launching our new company. Our goal was simple: to make the highest quality craft vodka in America. When it came time to pick a name, it was so obvious, it came to us immediately.

Actually, we changed the name like 6 times and annoyed the shit out of our friends and family with survey monkey emails, but when we eventually got to Stateside, we liked it sort of immediately.

Since then, it’s been a blur. We found great investors and quickly opened our distillery and tasting room. We soon became Philly’s favorite hometown vodka and PA’s top selling craft spirit. We’ve since expanded our distribution throughout the mid-Atlantic region and added multiple package sizes. We’re now on to our third still and we’ve come a long way since being booted by our parents, but we’ve still got big dreams in mind. We hope you’ll come along for the ride…