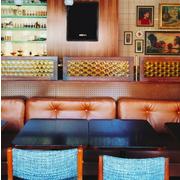 Philadelphia, PA
Philadelphia, PA
Full Time • Salary (Based on Experience)
Expired: Feb 4, 2022
Your job failed to save at this time. Please try again later.
Sorry, this job expired on Feb 4, 2022. Below are other jobs that may be of interest to you.

We are looking for someone who is personable, professional and knows how to lead by example.

We are looking to add an additional manager to our management team.

Safran Turney Hospitality is a growing restaurant group with new concepts opening this year and beyond.  We are looking for leaders to join our team who can grow with our company.  The possibilities are endless for the right candidate with a good attitude, hard work ethic and the ability to lead by example.  We look forward to meeting you.