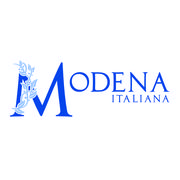 Washington, DC
Washington, DC
Full Time • Salary (Based on Experience)
Expired: Feb 3, 2022
Your job failed to save at this time. Please try again later.
Sorry, this job expired on Feb 3, 2022. Below are other jobs that may be of interest to you.

We are looking for an energetic, enthusiastic, highly motivated and passionate skilled Wine Director to join our team of like –minded hospitality professionals.

The Wine Director will be responsible for spearheading and developing the entire Beverage program, managing all wine selections and tasting, creating and managing the wine menu, overseeing all wine-related staff education and training, and handling wine inventory.

Bajaj, along with his notable restaurants and chefs, has won numerous RAMMYs presented by the Restaurant Association of Metropolitan Washington. In 2012, his esteemed group of power, neighborhood and fine dining establishments captured 10 RAMMY nominations, with Rasika earning the coveted Chef of the Year award. The following year Bajaj was recognized as Washington’s Restaurateur of the Year. His restaurants have also been consistently nominated for prestigious awards by the James Beard Foundation, including Best Chef-Mid Atlantic, Rising Star Chef and Restaurateur of the Year. They are also consistently recognized among the best in the city in The Washington Post, Washingtonian, DC Modern Luxury, Forbes, CNN, Food & Wine, Washington Life and Capitol File. The Bombay Club, Rasika and Bibiana have each been named by Esquire among the Best New Restaurants in the USA and Worth Magazine featured Bibiana as one of the Best Restaurants for Power Dining in May, 2011.

Recognized as Washington's leading host among power diners for exceptional food and service levels, in October, 2009, Bajaj was named as one of the 50 Most Powerful people in Washington by GQ magazine. The Washington Post featured him in the Style Section in February 2011 stating "And so it goes in the Empire of Ashok, a land of power dining and power appeasement that encompasses six see-and-be-seen restaurants, each with a distinct menu and vibe but a similar Ashokian polish." City Paper named Bajaj Best Restaurateur for 2010 and 2011, and then in January, 2012, Washingtonian magazine tapped him as Washington's Restaurateur of the Year. Next The New York Times featured Ashok in August, 2013 in an article titled "Right This Way, Senator" highlighting his achievements as the "New Delhi-born restaurateur masters power dining in D.C."