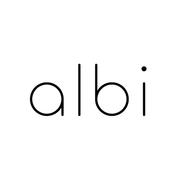 Over the course of the first year of operations, the dual concept venture has attracted significant critical attention, earning mention as one of the nation's Best New Restaurant lists in Eater, Robb Report and Esquire, Eater DC's Restaurant of the Year, and inclusion as one of the best bakeries in Washington, DC by Food & Wine Magazine.


Albi is seeking a Pastry Cook whom are highly motivated and passionate about cooking.

We are seeking individuals who have the desire to combine a tireless appetite for knowledge with a high level of anticipation & awareness to add to our growing team.

Our diner's view of the open kitchen.

For his first solo restaurant, chef Rafidi draws inspiration from his roots in Palestine, Lebanon and Jordan, as well as influence from the Levant and North Africa, bringing to the table an experience that melds ancient culinary tradition with the refined hand and artful plating that has earned him widespread acclaim.