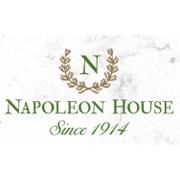 Napoleon House seeks experienced, passionate, focused and efficient servers to join our talented service team. Servers are responsible for serving guests in a professional and welcoming manner to ensure total guest satisfaction. Servers must have a commanding presence in the dining room. The server must be knowledgeable and passionate about food wine and service standards. 1+ years experience in a high volume casual restaurant is a must.

The City of New Orleans has mandated requirements to enter certain establishments, including restaurants.  This includes employees of RBRG.

All applicants MUST (1) provide proof of at least one dose of an approved COVID vaccine -OR- (2) a negative PCR test taken within the previous 72 hours to access a restaurant for an interview / orientation / or once hired.

Few places capture the essence of New Orleans like the Napoleon House: A 200 year old landmark that's as casual and unique as its French Quarter surroundings.

The building's first occupant, Nicholas Girod, was mayor of New Orleans from 1812 to 1815. He offered his residence to Napoleon in 1821 as a refuge during his exile.

Napoleon never made it, but the name stuck, and since then, the Napoleon House has become one of the most famous bars in America, a haunt for artists and writers throughout most of the 20th century.

Owned and operated by the Impastato family since 1914 and Ralph Brennan since May of 2015, it's a place that suspends you in time, where you can hear Beethoven's Eroiqua, which he composed for Napoleon, and the music of other classical masters, while sipping a Pimm's Cup, and basking in an ambiance that could only be New Orleans.