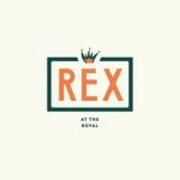 Rex at the RoyalMore Info

Restaurant: Rex at the Royal

The Dining Room Manager is acting General Manager in both the GM’s and AGM’s absence.

The position can include, but is not limited to supervision of staff as well as protection of facilities and reputation of the establishment.

Reports to the General Manager.

The GM should be used as a resource for guidance if the manager is unsure of how to handle a situation or is not comfortable with the level of gravity. Any scenario involving reviewers, potential lawsuits, and exceptional staffing or guest conflict should be referred immediately.

Supervises wait staff, bartenders, and support staff to ensure a standard of excellence is maintained while in service, as well as cultivating an environment in which product education is encouraged.

Open Jobs From Rex at the Royal

Rex at the Royal

Located in the historic Royal Theatre, Rex at the Royal brings low country cuisine to South Street. With an elegant dining room, private dining spaces, and a sprawling bar, Rex's culinary and beverage programs take inspiration from our new home in the Royal Theatre, a community-focused film and music hall at the center of 20th century life in Philadelphia.

The Royal, and its surrounding neighborhood, stood as defining elements of the Black experience in Philadelphia during the 20th century. Entries in the “Green Book” identified the South Street neighborhood and its locales as friendly and inclusive, which in turn drew African-Americans from near and far as travelers passed through Philadelphia. The Philadelphia Tribune, which is the oldest continuously published African-American newspaper in the US, is located just around the corner on 16th St.

At the turn of the century, the City’s catering industry was largely controlled by Black chefs and companies – they were among the wealthiest Black citizens. One famous chef, H. Franklyn Hall, was one of Philadelphia’s best-known chefs and penned the cookbook, “300 Ways to Cook and Serve Shellfish”. This essential cooking literature served as an inspiring tenet for what became the Rex at The Royal menu.

In addition to serving guests for dinner and Sunday brunch, we've recently expanded our weekday hours to include café breakfast and lunch service as well as an expertly curated bottle shop, with wine and beer available to-go.

Open Jobs From Rex at the Royal