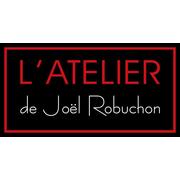 Miami, FL
Miami, FL
Full Time • Hourly (Based on Experience)
Expired: Jan 22, 2022
Your job failed to save at this time. Please try again later.
Sorry, this job expired on Jan 22, 2022. Below are other jobs that may be of interest to you.

We are seeking an enthusiastic and capable Bread Baker to join our exceptional team of service leaders! This role will assist in the production of a dynamic bread program for the restaurants and bakery including seasonal specials.

L’Atelier de Joël Robuchon New York & Miami are the latest incarnation of Chef Joël Robuchon’s groundbreaking concept, which first opened in Paris’ Saint-Germain neighborhood in 2003, followed by Tokyo the same year. The restaurant’s signature counter seating faces directly into the open kitchen, allowing for a dynamic interaction between chef and diner, and view into the creative process.   The legendary Chef Joël Robuchon was a visionary and trailblazer who transformed the way French cuisine was prepared and presented. Before his passing, he held 31 Michelin stars—more than any chef in history—and ran 29 restaurants spanning 11 countries, in cities including Hong Kong, Las Vegas, London, and Monaco, among others.

We are a team of hospitality professionals committed to creating extraordinary experiences for our guests and staff.  We offer competitive benefits and career opportunities at L’Atelier de Joël Robuchon New York & Miami as well as within the Bastion Collection.

Bastion Collection has conceptualized, opened and currently operates 10 restaurants across New York, Miami and Houston with a team of culinary experts and operations leaders dedicated to the highest of standards. Our efforts and commitment for food and service excellence have been awarded with a total of 4 Michelin stars in the 2020 Michelin guide New York.

Part of The Bastion Collection

L'Atelier Miami is the newest incarnation of the late Chef Joël Robuchon’s groundbreaking concept, which first opened in Paris’ Saint-Germain neighborhood in 2003, followed by Tokyo the same year. Currently with 10 distinct locations around the world, each restaurant feels of-its-place, staying true to the original Parisian roots, while drawing inspiration from the surrounding city and neighborhood--including The Miami Design District.

L’Atelier’s name refers to a craftsman’s workshop, emphasizing Chef Joël Robuchon’s hallmark of elevating the simplest of dishes into something extraordinary using pristine ingredients, immaculate technique, and abundant creativity.The restaurant’s signature counter seating faces directly into the open kitchen, allowing for a dynamic interaction between chef and diner, and view into the creative process.