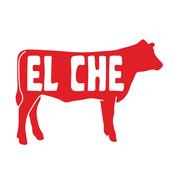 El Che Steakhouse & Bar is looking for an excited and dedicated server to join our team.  El Che is a South American inspired steakhouse that draws inspriation from the Argentinian barbecues.  Our beef and seafood is cooked over a custom built 12 foot woodfired hearth grill making it the focal point of our restaurant.

El Che prides itself on serving the best midwestern beef we can find in an atmosphere that is comfortable and inviting for every occasion.

El Che is currently offering part-time server position with potential to for full-time availability.  Any form of cross-training or willingness to cross-train is greatly appreciated, though not required.

Please attach your resume to the application, and we look forward to hearing from you.