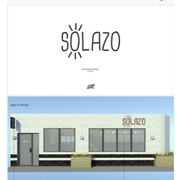 El Solazo was founded in 2007 in the West Elsdon neighborhood in Chicago’s Southwest side. Since opening in 2007 it quickly became a staple in the Southwest side. Known for great food, service and all-around good times. Solazo would ultimately pave the way for the opening of La Josie in 2017. Our Bib Gourmand award winning Mexican owned sister restaurant in the heart of the West loop.

Solazo is back better than ever. Solazo is bringing a new vibrabant style of service to the community. Focusing on Great food, beverage, overall experience. Emphasizing a special focus on rare agaves from the state of Jalisco. Showcasing the spirits and families who have been distilling these amazing wild agaves for generations.

Solazo is looking to add a passionate, experienced, charismatic, server to our FOH team.The ideal candidate is someone who will be team-oriented, who want to be with us long-term, with a desire to provide an unforgetable hospitality experience.

Solazo is an equal opportunity employeer. If you have a passion for hospitality and like the sound of this opportunity, please submit your resume and cover letter. We look forward to hearing from you!

A West Elsdon neighborhood staple since 2007, Solazo (sister concept to Michelin Bib Gourmand recipient La Josie in the West Loop) re-opened in October 2021 with it's first ever cocktail program, refreshed menu and outdoor patio seating. The updated menu introduces new modern flavors that pay tribute to owner Pepe Barajas’ childhood in Mexico and his family’s puestos de tacos (taco stands). Pepe Barajas and his talented team bring creative and thoughtful dishes influenced by all regions of Mexico alongside some of his family recipes from their home state (and tequila's birthplace), Jalisco, Mexico. Solazo takes pride in it's extensive agave program, which features Raicilla and other agave spirits. Join our team today!