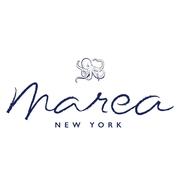 Michelin-starred Marea, from famed hospitality firm Altamarea Group and located in Central Park South, is looking for an energetic & passionate host/hostess to join the team. Meaning “tide” in Italian, Marea redefines the seascape of high-end Italian cuisine offers employees the opportunity to work with quality Italian cuisine & wine/spirits, a respectful, safe, professional work environment, and a management team uniquely invested in the growth and success of all team members.

Responsibilities include :
• Represents the restaurant as the frontline staff
• Manage the responsibility of the reservation book and accommodate walk-ins
• Balance the needs of the guest and demands of the restaurant
• Ensure that service is prompt and courteous
• Courteously direct guests where coats and other personal belongings can be left
• Directs where guests can wait until their table is ready.
• Assigns tables to guests suitable for the size of the group.
• Escorts guests to their seats

We offer COMPETITIVE COMPENSATION, medical, dental, and vision benefits after 90 days of employment for full-time employees. If you are interested in joining the Marea team, please submit your resume. Attachments that cannot be opened will not be considered.

Save
Posted 5 days ago
Host
The Landing
Full Time • Hourly (Based on Experience) plus tips
New York, NY • Upscale Casual