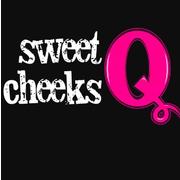 The ideal candidate must understand and be able to work the schedule of a professional chef which includes nights, weekends and holidays.  We are looking for an energetic Chef with a passion for cooking, teaching and making people happy. We take our BBQ seriously and hope you do too. We use only the best ingredients, buying all natural/organic as much as possible, and buy from local farms when in season. We are looking for someone who is accepting of feedback to help them grow, and will work well in a true team environment.

The ideal candidate will have 2 years as a Sous Chef or above, experience running a high-volume kitchen and no ego. A positive attitude and an ability to handle high pressure situations is a must.

We are a very busy restaurant and grace under pressure is a must. We offer a competitive salary, medical, dental and vision package. We place strong value on our company culture of respect, kindness, teamwork and equality.

We offer an extremely competitive salary, medical, dental and vision package, and positive company culture. A positive attitude and an ability to handle high pressure situations is a must.

We value fun, inclusive, collaborative environments and work together to maintain a company where each member is invited and encouraged to be the best version of themselves. We work hard, hold our guests and each other in high regard and love what we do. We are hospitality professionals with a giant heart and a shared sense of common purpose.

2018 & 2018 James Beard Foundation finalist as Best Chef: Northeast, Chef Tiffani Faison began her career working under such renowned chefs as Daniel Boulud, Alain Ducasse, and Todd English. In 2006, early into her career, she was cast on the very first season of Bravo’s Top Chef, and placed as runner-up. From there, she worked in prestigious kitchens in Nantucket, New Orleans, Los Angeles, and San Francisco before returning to Boston in 2010 to become Executive Chef of Southern Italian restaurant, Rocca Kitchen & Bar. After transforming Rocca into a critically acclaimed dining destination with a three star review from The Boston Globe, Tiffani set her sights on creating her own restaurant.

She opened Sweet Cheeks Q in 2011 during the very early stages of Fenway’s revitalization. Drawing inspiration from her love of Southern barbecue and extensive travels in Texas, Sweet Cheeks became an instant hit for its laid-back Southern charm and addictive offerings: Berkshire Pulled Pork, Great Northern Brisket, Buttermilk Fried Chicken and Biscuits with Honey Butter. Shortly after opening, Sweet Cheeks garnered a three-star review from The Boston Globe, and it has since been awarded “Boston’s Best Barbecue” for six straight years by Boston magazine. Forbes deemed its biscuits the “Best Biscuits in the World.”