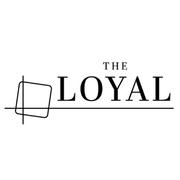 The Loyal is Restaurateur & Chef John Fraser’s signature West Village brasserie, inspired by the romance of European hospitality and the energy of downtown Manhattan.

Passionate hospitality professionals who are self-motivated, organized and hardworking are encouraged to apply.

We are looking for Servers to join our team!

OUR IDEAL CANDIDATE IS:

A TASTE OF THE ROLE:

JF Restaurants is a hospitality group rooted in collaboration and innovation, founded by restaurateur & chef, John Fraser. We create moments that move people by using food, beverage, hospitality, and design. Read more on our website.

Open Jobs From The Loyal

JF Restaurants is a hospitality group rooted in collaboration and innovation, founded by restaurateur & chef, John Fraser. We create moments that move people by using food, beverage, hospitality and design.

Restaurateur & Chef John Fraser made his mark on the culinary landscape by redefining the role of vegetables in American cuisine, from imaginative fine dining restaurants to nostalgic neighborhood brasseries. A vision to create the entire hospitality experience led John to found his own hospitality group, JF Restaurants.

JF Restaurants is a collaborative, creative hospitality group based in New York City, with venues across the country. Concepts include North Fork Table & Inn, an East End institution on the North Fork of Long Island, The Loyal in West Village, four restaurants & bars inside The Times Square EDITION and Ardor, at the WeHo EDITION in Los Angeles. John’s responsibilities at JF Restaurants include creative direction & concept development, business strategy and operations.

Open Jobs From The Loyal