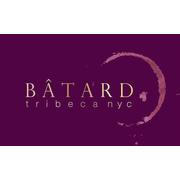 Batard is searching for a special individual to lead our team! Michelin star/3star experience ideal.

We are looking for someone who is:

Please forward your resume (no photos) AND a cover letter outlining your interest.

Chef Markus Glocker is partnered with Drew Nieporent in TriBeCa at 239 West Broadway, the space that once housed Montrachet. Bâtard, a name that references the Montrachet wines of Burgundy.

Bâtard was widely considered one of the best openings in 2014 receiving 3-stars NY Times, 1-star Michelin, and Best New Restaurant from the James Beard Foundation. Bâtard has maintained its Michelin star for each year since opening.

Markus Glocker, an Austrian-born chef who worked in several Michelin-starred places, including Restaurant Steirereck in Vienna, Restaurant Eckart Witzigmann in Munich and Charlie Trotter’s in Chicago, and for Gordon Ramsay in London and New York. The space was renovated under the direction of Glen Coben.