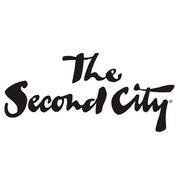 A runner will be in charge of running food and alcohol from the kitchen expo area and from the bar service area to the guests at tables, bars or any other area guests occupy. Delivery of food or drink should be specific to a seat or position at the theaters, tables or bars. Runners must announce the item that is being served when placing the item including any specific requests and/or allergies. They are constantly traveling throughout the business, acting as a point of contact between the Front of House and Back of House staff. Attention to detail is essential in ensuring the correct food is provided for our guests, especially when it comes to allergies.

Save
Posted 4 days ago
Server Assistant
The Bristol
Part Time • Hourly (Based on Experience) plus tips
B. Hospitality Co.
Chicago, IL • Upscale Casual

Save
Posted 5 days ago
Front of House Staff
All Together Now
Full Time • Hourly ($12.00) plus tips
Chicago, IL • Casual Dining

Part of The Fifty/50 Restaurant Group