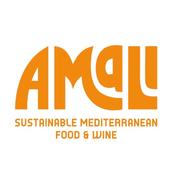 We are hiring a Front of House Manager for Bar Marseille restaurant located in Arverne to begin immediately. The seaside restaurant, which encompasses indoor dining and outdoor patio and a rooftop deck pays tribute to Provençal cuisine paired with a robust wine list that concentrates on the Provence appellation. We are seeking candidates with strong wine knowledge who will be able to manage our beverage program.

Our restaurant group operates four full scale restaurants (Amali on the Upper East Side, Calissa in Southampton, Bar Marseille in the Rockaways, and Juniper in Westbury) as well as a seasonal location on Governor's Island. Learn more about us by visiting civettahospitality.com.

Dinner at the Sopra Chef's Series

Whether it was James Beard’s favorite bistro (La Gaulois, 1978), Andy Warhol and Keith Haring riding a motorcycle into the dining room (Il Cantinori, 1984), the first three star Greek restaurant in New York (New York Times, Periyali, 1992) or one of the leading sustainable restaurants in the nation and a mainstay of the Eater 38 (Amali, 2011) we have remained critically and media relevant for forty years and across five decades.

Amali is a sustainable Mediterranean restaurant located on the Upper East Side. Our commitment to sustainable practices has been praised by the New York Times, Time Magazine, Department of Labor and The White House. Amali is recognized by the Slow Food Society's Snail of Approval, REAL Certification, and Highroad Certification. Amali is a Best For NYC Corporation and was recently honored by the Ford Foundation and the Restaurant Health Care Worker’s Cooperative for its’ commitment to sustainable business practices.

Opened in Water Mill during the Spring of 2017, Calissa restaurant fuses the spirit of Mykonos with its spiritual sister, the Hamptons. Calissa serves Aegean-inspired fare focused on large-format feasts and paired with the largest selected of oversized wine bottles on Long Island.

Amali Mou was opened in the Vanderbilt Food Hall in 2015. Drawing its name from the Greek word “mou” – a term of affection for a younger loved one– Amali Mou is the little sister restaurant to Amali.

While it offers the same commitment to sustainability and wine as its forebear, Amali Mou draws inspiration from the souvlazidikos and beachside fare served throughout Santorini, Mykonos and the Aegean islands.