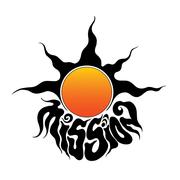 Mission Brooklyn is hiring a full time kitchen team member. Our team is upbeat, creative, and collaborative. We are seeking someone with a positive attitude who is adaptable to change.

Our kitchen team members are responsible for duties commonly expected of a line cook including completing prep projects, cleaning & organizational tasks, and upholding DOH standards. Previous work with a wok and Asian cuisine/ingredients not required. In addition to these job functions, we provide opportunities to our kitchen team members to train on FOH responsibilities and work 1-2 tipped server shifts per week.

Want to know more about Mission? Check out https://www.eatatmission.com

Mission is proud to be an equal opportunity employer. We do not discriminate on the basis of race, color, religion, sex, sexual orientation, gender identity, national origin, disability, or any other legally protected characteristic.

THE HISTORY OF MISSION
In 2008 Anthony Myint made an agreement with a Guatemalan snack vendor located in the Mission District of San Francisco to use their food truck on Thursdays. This concept known as Mission Street Food soared in popularity, but quickly outgrew its welcome after neighbors complained about the crowds. Myint went door-to-door in search of a more sustainable venue and found an unassuming Cantonese takeout restaurant called Lung Shan just a few blocks away. Over the next two years, Mission Street Food became Mission Chinese Food: a restaurant-within-a-restaurant and trailblazer of the pop-up genre. The venue served as a creative outlet for San Francisco’s line cooks & sous chefs to experiment as guest chefs on their days off.

This collaborative spirit led to the partnership of Myint with Danny Bowien, an ambitious young chef who focused the project on mouth numbing flavors of Sichuan cuisine. Bowien drew from his varied experience at Japanese, Italian and New American restaurants and prospered in the uniquely unconventional environment. Lung Shan eventually transitioned to Mission Chinese Food full-time, establishing itself as a San Francisco institution. It is still run by the original owners of Lung Shan with many of the original staff and guidance from Anthony Myint.

With the prospect of opening a standalone location of Mission Chinese Food, Danny Bowien and Youngmi Mayer moved to New York City and signed the lease on a modest Thai takeout spot with an attached beer garden on Orchard Street in the Lower East Side. This new iteration of Mission Chinese Food was a runaway hit and was named New York Times Restaurant of the Year for 2012. Shortly thereafter, Bowien won a James Beard award for “Rising Star Chef”. In 2013, Mission Chinese Food on Orchard Street was closed by the Department of Buildings as a result of unpermitted construction by previous ownership. Shortly thereafter, Mission Chinese Food found a new home for its flagship location on East Broadway in Chinatown. In 2018, Bowien opened a second New York location located in the industrial neighborhood of Bushwick, Brooklyn.

THE FUTURE OF MISSION
Mission begins a new chapter of its evolution by dropping the label of “Chinese Food” and embarking on a culinary exploration without boundaries. Rather than removing the creative unpredictability that has always been at the heart of Bowien’s cooking and the brand’s spirit, this new evolution of Mission seeks to embrace it without placing restrictions on future change. Mission will continue to offer its Sichuan inspired “classics” as the culinary direction shifts focus toward Korean flavors and celebrating the nuances across all genres of cuisine.