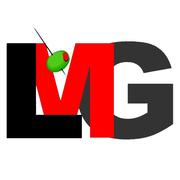 We are looking for a skilled Cook to prepare delicious meals according to menu. You will cook dishes that will delight our customers with their taste and timely delivery. An excellent cook must be able to follow instructions in cooking and delivering well-prepared meals. They must be deft in moving around the kitchen and apt in multi-tasking. Experience in using various ingredients and cooking techniques is also important. The goal is to help preserve and enhance our reputation so we can expand our clientele.

Lodge Management Group Entertainment Enterprises (LMG) was founded by F. Owen McKeaney in 1971. F. Owen McKeaney helped to make the Division Street block between State and Dearborn an iconic nightlife destination when he bought his first venue, The Lodge Tavern, in 1970. His business flourished with the rise of singles bars, and the increasing array of nightlife venues along the strip became known as “Rush and Division”. When F. Owen McKeaney passed in 2001, his wife, Lyn Z. McKeaney took over LMG and has successfully contributed to her husband’s legacy in maintaining and growing the business. Today LMG operates 8 establishments, four of which are located in what was proclaimed the Division Street Entertainment District by Chicago’s City Council in 2009. The proclamation recognized the contributions of the owners, managers, and employees of the nightclub venues for their “contributions to the economic vitality and character of our great city.”

Division Street Entertainment District venues are open until 4 AM/5AM, and the area has long been the celebratory site for victorious Chicago sports teams,including the 1983 and 2005 Southside baseball championships, the legendary six
basketball world-championships, championship hockey cup celebrations, and more.

Check out our locations at www.lmgchicago.com!