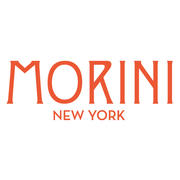 Well-established Soho favorite Osteria Morini is looking for a fun-loving, energetic, and passionate Restaurant Manager to join the team. Osteria Morini operates as part of Altamarea Group (Michelin-starred Marea & Ai Fiori), an award-winning global hospitality firm with 15 restaurants worldwide. Osteria Morini offers managers an opportunity to work with high-quality Italian cuisine and wine/spirits and an operations team firmly committed to investing in and developing talent. Altamarea Group, through its talented team of employees, creates special memories through exceptional hospitality, delivering the highest level of food and service across distinct brands and concepts.

Altamarea Group offers competitive compensation and medical, dental, and vision benefits after 90 days of employment for full-time employees. If you are interested in joining the Osteria Morini team, apply now and submit your resume!

Osteria Morini introduced New York to the soulful cuisine and convivial spirit of the Emilia-Romagna region of Italy when it opened in 2010. The region’s central city is Bologna, most commonly recognized as the home of Maserati and Luciano Pavarotti, but Emilia-Romagna, known as the Italian Breadbasket, is also the birthplace of flavors and ingredients commonly associated with Italian cuisine worldwide: prosciutto, mortadella, parmigiano, and balsamic vinegar.

In Italian, “osteria” means a place where the owner “hosts” guests. Our 98-seat restaurant, located on Petrosino Square at the crossroads of Little Italy and Soho, offers lunch, dinner, and brunch for a taste of Italy at any point throughout the day.

Morini's menus offer a versatile selection of smaller plates and larger composed platters. Guests are encouraged to begin their meal with a variety of Affettati (sliced meats), antipasti and other small starters to share. White’s signature pasta offerings include a variety of traditional ragus and stuffed pastas from Emilia-Romagna. Meats have a starring role in the Pietanze (entrees) such as Petroniana, veal cutlet, Prosciutto di Parma, truffled cream and buttered spinach; and Carne ai Ferri (simply grilled meats and spit roasts). The wine list includes over 130 affordable wine selections focusing on the north central regions of Liguria, Umbria, Tuscany, Southern Lombardy, Emilia-Romagna and Le Marche, with sparkling wines like prosecco and lambrusco strongly represented.

Altamarea Group dismantled and shipped components from an Italian 1700s-era farmhouse to create such unique decor as the restaurant’s terracotta floor and timbers from the original building to line the ceiling at Morini. The large cast iron door of the farmhouse greets diners as they enter and the doors leading to the restrooms are the original doors from the farmhouse bedrooms. The semi-open kitchen invites guests to watch the action as their meal unfolds.