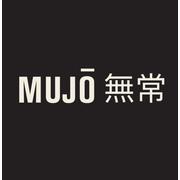 The Maitre D' + Manager at Mujo is responsible for maintaining restaurant operations including: hiring, training, continuing staff education and supervision of all team members; ensuring proper planning of each shift; ensuring guests are greeted with hospitality and reservations are taken and plotted with precision; ensuring the timely service of food and beverages to our guests; and day-to-day operations with a focus on guest experiences and dining room presence.

Mujō is a pop-up restaurant serving modern Edomae Sushi and small plates. We use fresh, raw ingredients sourced from the best fishermen and farms in Japan and the United States. In the Edomae tradition, some of our fish is aged and cured to deepen the natural flavors and increase umami. Our rice is a blend of premium Koshihikari rice and a varietal called Yumeperika from Hokkaido. We season with a blend of rice vinegars and Akazu (a rich, dark, aged vinegar made from sake lees). Our goal is not to transport you to Japan, but to deliver our style of sushi to Atlanta. Inspired by the concept of omotenashi, but firmly rooted in southern hospitality.

Chef Harris met Federico Castellucci over an omakase dinner followed by multiple meetings in New York and Atlanta where the two connected over a love of great wine, a love of the south, and the idea that an omakase experience could be less pretentious and driven by hospitality. Originally designed as an 8-seat pop-up sushi counter, current times have called for adaptation.