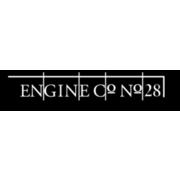 This Job is full time, looking for someone who can prep, saute, and temp meats and fish.
We need someone reliable. Shows up on their clock in time.
Willing to work hard, and has a flexible schedule.

Built-in 1912, costing roughly $50,000, Engine Co No 28 now rests in the shell of an old Los Angeles Fire Department Station.
The station, which was closed in 1967, was one of the first buildings built with reinforced concrete making it a class-A fire-proof structure. A one-of-a-kind building consisting of brick hollow tile and concrete.
The building was renovated in the late 1980s and turned into the restaurant we now know; Engine Co No 28. Originally serving classic “fire-house favorites” based on American fire-house recipes.
Moving in a new more modern direction our menu consists of California-inspired dishes with modern techniques.