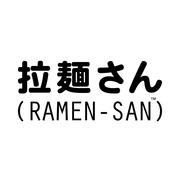 Caring. Creative. Careers.
Join the Lettuce Entertain You family! Our 100+ restaurants are nationally recognized for great food and service and as great places to work. We hire and care deeply for people with creativity, passion and the drive to be the best. And we reward our teams with top notch benefits, career-long training and development and opportunities for growth.

Line Cooks are responsible for the preparation, production and presentation of all menu items.

Ramen-san - a lively, neighborhood restaurant and bar with locations in River North and Fulton Market, is reminiscent of traditional ramen shops in Japan. The menu is created by Chef/Partner Doug Psaltis and Executive Chef Marcelo Han. Ramen-san showcases elevated ingredient across seven ramen dishes offered on the menu. These include a traditional tonkotsu pork broth, kimchi and fried chicken ramen - a nod to Chef Han’s Korean heritage, and a vegetarian broth. In addition to the food, mixologist Paul McGee developed a beverage program, that features Japanese whiskey, Asian-inspired cocktails and local and Japanese craft beer with Asahi on draft served through a special draft tower imported from Japan. The space is raw, anchored by exposed brick and reclaimed wood, which makes for an understated, yet inviting ambiance. Ramen-san has a comfortable, approachable space where diners can enjoy noodles in a casual setting for dinner and late night.