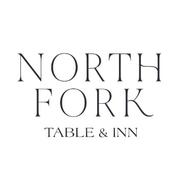 Michelin Starred Chef John Fraser is currently looking to fill Dishwasher (PM availability) positions at the newly reopened North Fork Table & Inn. There are many opportunities for growth for the right candidate.

Successful candidates will be eligible for a $600.00 bonus upon completion of 60 days of employment! Housing is available on a first serve, first come basis. Apply for more information!

The historical inn has gotten a facelift but remains commited to a locally sourced farm driven menu.

Seriously interested candidates must be passionate, organized, hard-working and self-motivated. Candidates must also have a strong desire to learn and grow in addition to strong communication skills and being a team player. We are looking for people who can work well with a tight, harmonious team and who can take direction in a disciplined and intense but supportive and respectful environment.

The North Fork Table & Inn is nestled in between some of the areas greatest farms and wineries. Southold offers a great opportunity to get out of the city for the summer and enjoy vast outdoor spaces with a handful of beaches near by.

The kitchen is completely remodeled with a wood burning grill. The property boasts 6 acres of land for future farming. We currently have an apiary that has already yielded its first harvest of our own honey.

Restaurateur Chef John Fraser and his team have revitalized the historic property and reimagined the dining experience, while staying true to the ethos he shares with the property's founding owners. As a longstanding champion of farm-to-table philosophy, it has been John's dream to open a restaurant on the North Fork, surrounded by farms, vineyards and fisheries.

JF Restaurants is a hospitality group rooted in collaboration and innovation, founded by restaurateur Chef John Fraser. We create moments that move people by using food, beverage, hospitality and design.

Chef John Fraser made his mark on the culinary landscape by redefining the role of vegetables in American cuisine, from imaginative fine dining restaurants to nostalgic neighborhood brasseries. A vision to create the entire hospitality experience led John to found his own hospitality group, JF Restaurants.