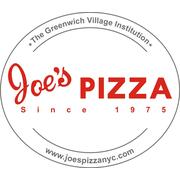 Joe's Pizza of NYC (Yes, THAT Joe's) has now opened on campus at the University of Michigan and is looking for the best of the best pizza makers to help keep up with the tremendous volume we're doing.  Must have ample experience stretching dough on a peel and feel confident doing it at a fast pace.
For those coming from another city we will provide roundtrip transportation and housing for one month while you get acclimated.

Established in 1975 by Joe Pozzuoli, who is originally from Naples, Italy, the birthplace of pizza, Joe's Pizza is a "Greenwich Village institution" offering the classic New York slice for over 37 years. First, we served our customers from our corner location at Bleecker and Carmine Street and now three doors down at 7 Carmine Street. At 75 years of age, Joe Pozzuoli still owns and operates the restaurant.

Joe's Pizza is a perennial top 10 listing in restaurant guides and publications such as Time Out New York and New York Magazine. NEW YORK MAGAZINE named JOE’S PIZZA "Best of New York" and in subsequent reviews referred to us as "the quintessential New York slice." In 2009 GQ Magazine listed Joe's Pizza as one the "Best 25 Pizzas on Earth."

Throughout the years Joe's Pizza in Greenwich Village has become just as popular with visitors and tourists as it is with native New Yorkers who know where to come for an authentic New York street slice.

After 38 years, Joe's is still an independently owned business at only one location, personally supervised by founder Joe himself. We still are what we've always been: a classic NY slice joint. No glossy corporate backing, no fancy pants pies, no pretentious nonsense and no gimmicky budget pizza either. We are tried and true - the real deal.