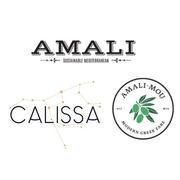 Amali Restaurant seeks a Sous Chef to join our team.

We are looking for a business-minded, professional, and passionate candidate with New York City experience. Food cost management, seasonal menu development and professional kitchen management are critical elements of this position. The ideal candidate will help to create a supportive kitchen environment that encourages and motivates members of staff in a positive way.  To us, a desire to learn, personal ambition and a positive attitude are as important as kitchen experience.

Our restaurant group is fortunate to have received several accolades. Amali was an Eater 38 Essential NYC Restaurant for over seven years, was named one of America's Best 100 Wine Restaurants by Wine Enthusiast and has received Wine Spectator's "Best Of" Award of Excellence for the past three years.  We are a High Road employer, a member of RAISE, and Slow Food Certified, and our sustainability efforts have been recognized by the Obama White House, the Ford Foundation, The United Nations, and the Rockerfeller Foundation.  More importantly, we strive to value sustainability not just as principle for food, but as a guiding principle for how we treat one another.

Compensation and benefits to be discussed during the interview.

Dinner at the Sopra Chef's Series

Whether it was James Beard’s favorite bistro (La Gaulois, 1978), Andy Warhol and Keith Haring riding a motorcycle into the dining room (Il Cantinori, 1984), the first three star Greek restaurant in New York (New York Times, Periyali, 1992) or one of the leading sustainable restaurants in the nation and a mainstay of the Eater 38 (Amali, 2011) we have remained critically and media relevant for forty years and across five decades.

Amali is a sustainable Mediterranean restaurant located on the Upper East Side. Our commitment to sustainable practices has been praised by the New York Times, Time Magazine, Department of Labor and The White House. Amali is recognized by the Slow Food Society's Snail of Approval, REAL Certification, and Highroad Certification. Amali is a Best For NYC Corporation and was recently honored by the Ford Foundation and the Restaurant Health Care Worker’s Cooperative for its’ commitment to sustainable business practices.

Opened in Water Mill during the Spring of 2017, Calissa restaurant fuses the spirit of Mykonos with its spiritual sister, the Hamptons. Calissa serves Aegean-inspired fare focused on large-format feasts and paired with the largest selected of oversized wine bottles on Long Island.

Amali Mou was opened in the Vanderbilt Food Hall in 2015. Drawing its name from the Greek word “mou” – a term of affection for a younger loved one– Amali Mou is the little sister restaurant to Amali.

While it offers the same commitment to sustainability and wine as its forebear, Amali Mou draws inspiration from the souvlazidikos and beachside fare served throughout Santorini, Mykonos and the Aegean islands.