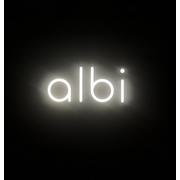 The goal is simple…serve outstanding food and deliver exceptional service. This execution requires a strong team. We are looking for a line cookto add to our team.

Lead Bartender, Judy at work in her studio.

Our diner's view of the open kitchen.
View Job Description

For his first solo restaurant, chef Rafidi draws inspiration from his roots in Palestine, Lebanon and Jordan, as well as influence from the Levant and North Africa, bringing to the table an experience that melds ancient culinary tradition with the refined hand and artful plating that has earned him widespread acclaim.