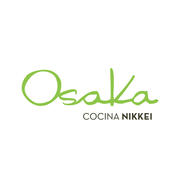 Osaka Nikkei is looking for talented service professionals. We are currently hiring for Server, Host, Busser and Runner positions, if you are passionate about food and beverage, enjoy creating fond memories and love to work in a family oriented environment, then come visit us, we have flexible scheduling, great work environment and fantastic clientele.

We Offer a comprehensive training program, base hourly rate plus competitive tips, room for advancement into management if you are looking to launch your career with one of the top Restaurant groups in the U.S.

We require, at least 1 year of experience in similar position or school undergrad for management, hospitality, etc. open availability for weekendsadn holidays, open availability to work per week and food handlers certificate.

If interested, please stop by our location at 1300 Brickell Bay Dr. Miami Fl. 33131 monday to Friday between 2-5pm or send your resume to [email protected]

Look forward to hear from you soon!!

Base hourly rate plus tips

OSAKA
Osaka is a city in the Kansai region of Japan. It is the second largest metropolitan area in japan with 19 million inhabitants. Osaka is known for its food, in Japan and abroad.
WHO WE ARE
OSAKA REPRESENTS a multi-sensory dining experience merging millenary
Japanese techniques with the best of Peruvian flavors and ingredients. The
result is a world class restaurant influenced by both the Peruvian roots and
Japanese culture. The Bar and the mixology program of Osaka mirrors the multi-
cultural cuisines bringing sophistication, trendy, and vibrant atmosphere to the
masses. We believe in environmental sustainability and social responsibility which
enable us to be creative when sourcing our ingredients across the globe without
cutting corners or compromise our standards. Our goal is to share with you one
of our biggest sources of happiness in life – breaking bread around the table
with our loved ones.
MISSION
Our mission is to take you on a culinary journey and gastronomy experience which has been the pillar of our Peruvian company since its conception in 2001. Our goal is to provide superior products and services that is second to none and to exceed our guests’ expectations. We strive to create a great work environment for our team and encourage our members to grow and develop their skills.
VISION
To be the best international restaurant group of Nikkei cuisine and share our concepts to the world.
11
THE BEGINING...
Osaka was conceptualized in 2001 by two surfers’ friends, Diego Herrera and Diego de la Puente. As the result of their world traveling, they created a restaurant rooted in their love for the ocean and their passion for Nikkei cuisine. The first Osaka was born in the Asian beach club just south of Lima, capital city of Peru. In its humble beginning, the original Osaka had only 3 tables and a few wooden benches for seating. The main structure of the restaurant was held up with bamboo and wood beams from the local lumber yard. It did not take long for the local guests and tourists alike to be captivated by the quality of the food and the uniqueness of the cuisine that after just one season, Osaka found a new home in 999 Conquistadores Avenue of San Isidro, where the restaurant firmly established itself as one of the top Nikkei restaurants in Peru for the next 13 years.
During that period, Osaka reputation of providing exceptional food and unparalleled service drawn many guests from different part of the world. This coupled with the Osaka team’s tireless passion and dedication made Osaka’s reputation transcend borders in a very short time. Thus, in 2005 the first Osaka made its debut abroad, located in Palermo, Buenos Aires, Argentina. And three years later in 2008, Osaka would see its opening in Santiago, Chile.
By 2010, Osaka opens its second restaurant in Polo, a district of Surco, Lima, Peru. Two years later in 2012, after positioned itself as the premier Nikkei restaurant in Buenos Aires, Osaka opened a second location in the exclusive district of Puerto Madero, Buenos Aires, Argentina. By 2013 Osaka made a move to one of the most important cities in South America, Sao Paulo, Brazil. And with the success in Brazil, in 2015 Osaka expanded its reach to the North in the city of Quito, Ecuador. In that same year, Osaka San Isidro, Lima relocated to a larger venue but kept the same essence and characteristics that made the original space so special. Shortly after the re-opening and the success of Osaka, San Isidro, the team decided that it was time to set the sight worldwide.
In June 2016, we opened in the colorful city of Bogotá - Colombia, consolidating as one of the top restaurant franchises, with the highest growth in PERU and Latin America until that date.
12


During 2017, Osaka opened its new and re-powered restaurant in Santiago and in mid- 2018 we opened in Asunción - Paraguay. Soon for 2019 we plan to open new Osaka worldwide, reaching the United States and Europe.
Over time, Osaka has evolved, both at a gastronomic and conceptual level, always and forever maintaining its essence. The development of our creative gastronomic processes, the quality of service offered, the desire to keep evolving and the great team of professionals, have been the indispensable basis for our growth.
Long live Osaka...