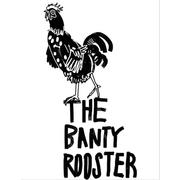 The Banty Rooster, a modern American restaurant with southwestern influences located in the West Village, is looking for a qualified line cook to work 4-5 shifts per week.

If you feel that you are the right fit for this role, please reply to this post. We will be responding to qualified candidates and setting up interviews immediately.  As a note, we will give preference to candidates with one year or more of experience in a Michelin starred or NYT two star or above kitchen.
All applicants must be legal to work in the United States.
Thank you for your time!

Eligible for bonus pay after 1 year

Nestled in New York City’s charming West Village, The Banty Rooster is now open! It is the brainchild of Delores Tronco, the restaurateur formerly behind the successful Denver restaurant Work & Class, which received national media attention and critical acclaim, including two James Beard nominations. Tronco's first NYC project, nicknamed “The Banty,” is a New American restaurant drawing influence from the Southwestern US. The restaurant will serve dishes including Kabocha Squash with Pickled Chile and Brown Butter, Pork Collar with Green Chile, and desserts like Cornmeal Cake with Caramelized Pineapple Ice Cream. Complementing the dinner menu will be a 60-70 bottle wine list and a cocktail program highlighting bold spirits mezcal, tequila, and rum. The Banty’s interiors celebrate the diverse and tight knit community of the West Village, and will feature whitewashed brick, pale oak, black and white art and graphic accents, and strong pops of blues and spice tones.