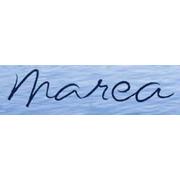 Chef Michael White is looking for motivated and hard working line cooks to join his team at one of the most acclaimed Italian restaurants in America. Applicants must be interested in developing the skills necessary to perform at a Michelin Star level during a high-volume and fast paced service.
Ideal candidates:
Are clean with knowledge of food sanitation
Have excellent knife skills
Are interested in fostering and promotion a culture of mutual respect
Are exceptionally curious and interested in growing and pushing themselves
We offer competitive compensation and benefits after 90 days.

Marea, meaning “tide” in Italian, redefines the seascape of high-end Italian cuisine serving regional foods of Italy that are heavily influenced by ingredients drawn from the four bodies of water that surround the boot, and at Marea, Chef Michael White presents a fresh interpretation of this coastal cuisine.

Selections are devoted to crudo, a wide variety of oysters & clams and antipasti. Chef White is famous for his house-made pasta, and at Marea, the dishes are replete with frutti di mare. The menu also includes composed fish dishes, whole fish preparations and a short selection of meat to round out the extensive offerings. The wine list, overseen by Beverage Director Francesco Grosso, features a significant selection of wines that pair perfectly with the bounty of the sea. With over 750 selections, 50 percent of the wine list is dedicated to European whites, which complement the fresh fish and seafood; the restaurant has over 15 rosé selections to offer year round.