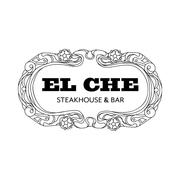 Line cook sought to round out our BOH team.  Will cook on our 12' hearth over open flames.  We pride ourselves on being a team-oriented and positive working environment. Please attach resume.
View Job Description