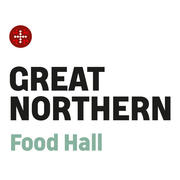 The Sous Chef is responsible for providing delicious food rooted in the new Nordic Cuisine philosophy. They must provide leadership over the culinary team to prepare delicious food to our patrons, while meeting or exceeding business objectives. Additionally, they will monitor foodservice preparation and sanitation, as well as sourcing and developing a wide range of products and recipes.

A Taste of the Terminal: Great Northern Food Hall

Claus is the founder of Meyers, which launched many influential restaurants and other food projects in Denmark. He is also co-founder of noma, a Copenhagen restaurant that has four times been rated the best in the world, and he initiated the New Nordic Cuisine Movement. In 2010, he founded the Melting Pot Foundation because he believes that social change can be driven by food – using the tools of entrepreneurship, education, and deliciousness.