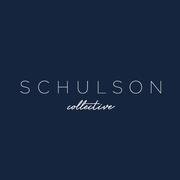 Reasonable accommodations may be made to enable individuals with disabilities to perform the essential functions.

Michael Schulson is the chef and restaurateur behind the Schulson Collective of restaurants whose imagination and vision have made him one of Philadelphia’s most successful hospitality professionals.

Most recently, Schulson’s Harp & Crown was recently named one of the "most beautiful restaurants of 2016" by Eater National. Double Knot has also received numerous accolades including “three bells” from The Philadelphia Inquirer, three stars and the title of “2016 Best New Restaurant” from Philadelphia magazine and was named one of the “15 biggest restaurant openings of 2016” by Zagat.