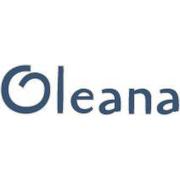 Oleana is a highly-acclaimed restaurant led by James Beard Award-Winning Executive Chef, Ana Sortun. We serve thoughtful Eastern-Mediterranean comfort food with locally-sourced ingredients and bold spices. Working with Ana, you will learn about sourcing ingredients from our very own farm, the rules of Mediterranean and Middle Eastern cuisines and how to break them, and explore the never-ending world of spice.

We are looking for hard-working, passionate line cooks to join are team.

To be successful at Oleana you must:

Professional kitchen/restaurant experience of at least 1 year is preferred, but we are willing to train those with the right attitude, work ethic, and skill. Oleana is a true character-building and team-oriented restaurant. You get what you give and will constantly be supported by your teammates. We can’t wait to work with you!

Oleana opened in 2001 to rave reviews from the press and diners alike. It’s not surprising once you’ve tasted Ana Sortun’s outrageously inventive food, including chickpea crêpe with smoked cinnamon aioli, or lamb steak with Turkish spices & fava bean moussaka. Small producers comprise the wine list at Oleana and are carefully chosen to complement the style of spice.

But a meal at Oleana isn’t complete until you’ve tried one of pastry chef Maura Kilpatrick’s desserts. She is especially known for her homemade ice creams infused with an Eastern Mediterranean sensibility, such as cocoa-rose ice cream with a date-rose truffle, or salted butter ice cream with a pumpkin-brown butter crêpe.

Oleana’s award-winning patio with a fountain, herb garden and fig tree is the perfect place to spend a sultry summer evening. But winter nights in the dining room are pretty warm and welcoming too, with Turkish carpets on the wall, a homey fireplace and banquette seating.

There’s an open kitchen at Oleana, and it is tiny. But the flavors and creativity that emerge from it are as big as they come.