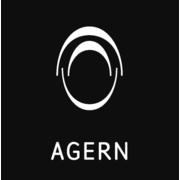 Under the direction of the General Manager, The Floor Manager is responsible for providing a great Guest experience while serving delicious food that is rooted in the New Nordic Cuisine philosophy. Must manage and lead the dining room team at Agern to serve safe and delicious food and beverages to our guests while meeting or exceeding our business objectives at the Great Northern Food Hall. This is a hands-on role where the Floor Manager is expected to work on the floor and interact daily with Guests and Team Members as well as work with the front-of-house (FOH) management team for Agern Restaurant as a whole in fulfilling specific projects that further develops the team and the business.

To perform this job successfully, the individual must be able to perform each essential duty satisfactorily. The requirements listed below are representative of the knowledge, skill, and/or ability required.

The physical demands described here are representative of those that must be met by an employee to successfully perform the essential functions of this job.

The work environment characteristics described here are representative of those an employee encounters while performing the essential functions of this job.

In Spring of 2016, Claus Meyer and his team opened a fine dining restaurant, Agern, in Grand Central Terminal.

Housed in the beating heart of New York City, Grand Central Terminal, the restaurant brings Nordic roots to one of the city’s most iconic locations. The restaurant will be an ambitious, yet welcoming, fine dining destination serving both ala carte and a chef’s tasting menu. The beverage program focuses on American wine, beer, and spirits, with sustainable producers at it’s core.

Meyer is a world-renowned restaurateur and culinary entrepreneur. He is the mind behind the New Nordic Cuisine Movement and the co-founder of noma, rated the world’s best restaurant four times on the World’s 50 Best Restaurant list. He has hosted several Danish and international TV cooking shows and written numerous cookbooks. Meyer co-owns several restaurants, including Studio in Copenhagen, which received a Michelin star just four months after opening, as well as several bakeries, delis, a catering business, an orchard, a vinegar factory, a coffee roastery as well as a cooking school for kids and adults.

This summer, Melting Pot will initiate a social project in Brownsville, East New York, establishing a culinary school, cafeteria, bakery and community center, serving the local community and with the goal of engaging at-risk youth and impacting peoples lives beyond the walls of the kitchen.

Meyer is an associate professor in the Department of Food Science at the University of Copenhagen as well as an adjunct professor at the Institute for Corporate Social Responsibility at the Copenhagen Business School. In 2015 he was appointed “Social Impact Fellow” at the Hass School of Business, University of California, Berkeley.