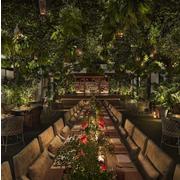 The Terrace and Outdoor Gardens at The Times Square EDITIONMore Info

We are hiring with a sign-on bonus!

$500.00 (gross amount - before taxes) sign-on bonus to be paid out upon successful completion of 90 days of employment (good standing and positive employee evaluation at end of 90 days).

We are currently looking to fulfill DINNER LINE COOK positions with many opportunities for growth for the right candidate.

Seriously interested candidates must be passionate, organized, hard-working and self-motivated. Candidates must also have a strong desire to learn and grow in addition to strong communication skills and is a team player. We are looking for people who can work well with a tight, harmonious team and who can take direction in a disciplined and intense but supportive and respectful environment.

To apply, please reply to this ad with your current resume and enter the position you wish to be considered in the subject line.

For more information about John Fraser Restaurants please cut and paste the links below:

The Terrace and Outdoor Gardens at The Times Square EDITION

The Terrace and Outdoor Gardens by Michelin-Starred and Award-winning Chef John Fraser.

The Terrace at EDITION and Outdoor Gardens is the all-day dining destination at The Time Square EDITION hotel. The restaurant marries the foundations of classic cooking techniques from all around the world with a fresh approach. The menu reflects Chef’s vegetable-forward cooking style, featuring signature dishes like Mushroom Carpaccio, house-made pastas including a vegan Carrot Bolognese, and a section of the menu dedicated to heirloom lettuces.