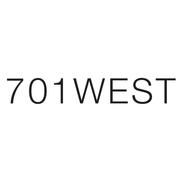 We are hiring with a sign-on bonus!

$500.00 (gross amount - before taxes) sign-on bonus to be paid out upon successful completion of 90 days of employment (good standing and positive employee evaluation at end of 90 days).

We are currently looking to fulfill BARTENDER positions in 701West with many opportunities for growth for the right candidate.

What is required:
-Extensive spirits knowledge and feeling as comfortable preparing a cocktail as you do explaining its ingredients.
-A passion for providing guests with high-quality service.
-A friendly, attentive attitude.
-At least 2 years of experience in upscale environments and ideally, also have previous experience within New York City.
-Open evening availability.
*Wine knowledge is a plus.

Seriously interested candidates must be passionate, organized, hard-working and self-motivated. Candidates must also have a strong desire to learn and grow in addition to strong communication skills and is a team player. We are looking for people who can work well with a tight, harmonious team and who can take direction in a disciplined and intense but supportive and respectful environment.

To apply, please reply to this ad with your current resume and enter the position you wish to be considered in the subject line.

For more information about John Fraser Restaurants please cut and paste the links below:

701West at The Times Square EDITION

701West is the signature fine-dining restaurant at The Times Square EDITION, featuring a three-course prix fixe menu conceived with the extensive, Old World wine list in mind. Curated by Wine Director Amy Racine, the list of over 500 labels is presented by a service team of sommeliers in the intimate dining room and outdoor terrace. The salon at 701West stands on its own, featuring inventive cocktails by bar director Salvatore Tafuri and luxurious small bites to complement the beverage menu.