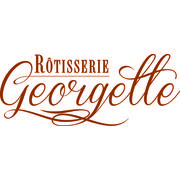 Our captains are responsible for providing guests with impeccable dining service in according with our restaurant’s standards, so as to achieve maximum and consistent customer satisfaction, while maintaining efficient operations and contributing to our team spirit of harmony and mutual respect. The position of captain at Rotisserie Georgette is well suited to individuals who take pleasure in making others happy and who would take pride in being affiliated with the quality of our restaurant.

Applying for a position at Rotisserie Georgette

Please use “APPLICATION” in your email subject line.

Rôtisserie Georgette combines casual comfort and sophistication in a dining room where the main attraction is the partly open kitchen’s rôtisserie ovens and their fine meats, poultry and fish turning over open flames. Abundant fresh seasonal vegetables, decadent potato dishes, heart-warming desserts, tempting cocktails & bites at the bar complete the picture. The soul-satisfying French-American comfort fare is always seasonal and healthful and complemented by the warm welcome of your host, Georgette Farkas, who describes her restaurant’s interiors as “Louis XV meets the kitchen”. As Pete Wells explained in his New York Times review, “If this restaurant had a clock, its hands would be stopped at five minutes before nouvelle cuisine, when meat was carved to cover the plate and sauce came on the side and nobody turned down potatoes, when people eating a roast with a good but not-too-expensive Bordeaux could hardly imagine a better night out.”

Save
Posted 25 days ago
PERMANENTLY CLOSED

Rotisserie Georgette is a woman -owned full-service fine dining restaurant specializing in high-quality, fresh ingredient prepared on a rotisserie, with an emphasis on roasted fish, chicken, beef and lamb, specialty whole roasts and an ever changing array of seasonal vegetables fit for a vegetarian feast. The food, rooted in classic French tradition, incorporates some American classics. The 100 seat restaurant, opened in November 2013, serves lunch, dinner and brunch, with a vibrant full-bar scene and a 10-person private dining room.

OWNER: Georgette Farkas is a restaurant professional with over 20 years of experience. She started her career as a cook and went on to work in just about every job there is in both back and front of house.

Thomas Castellon, EXECUTIVE CHEF
Thomas began cooking at age 17 and soon thereafter turned a job into a life’s pursuit. He gained his early experience in South Florida country clubs and catering kitchens. At age 28, Thomas moved to New York City to learn from the chefs and restaurateurs who would take his career to another level. During almost four years with Chef Jonathan Benno at Lincoln, Thomas worked at every station, eventually being promoted to Sous Chef. To this day, he considers Benno his greatest mentor, above all for teaching him to see the big picture of a restaurant in all its details, beyond the scope of the kitchen. Thomas also honed his craft at Maialino, Rouge Tomate and later at Café Boulud where he worked as Sous Chef, before becoming Executive Chef at Rotisserie Georgette in September 2018.Today he delights in mastering the open flames of the rotisseries, resplendent with whole roasted fish, meats and a myriad of birds, each with its own carefully prepared jus. Yet he delights just as much in the bounty of his seasonal vegetables from summer tomatoes and corn to fall greens, winter squash and springtime asparagus or baby peas. What inspires his cooking? “Classics, well executed, sometimes elevated, sometimes simplified’” explains Thomas Castellon, who looks forward to meeting you across the counter of the open kitchen at Rotisserie Georgette.

Karima Karmouche, PASTRY CHEF
Pastry Chef Karima Karmouche seems fated to have joined the family at Rotisserie Georgette. She embraces classic desserts with a true love of tradition, yet also an eye to lightening their texture with a breath of fresh air, always favoring depth of flavor, such as in the intense bittersweet chocolate and caramelized hazelnuts of her signature mousse.

After years as a lover of the finest French pastry and an avid admirer of Parisian masters such as Pierre Hermé and Carette, she turned a dream into a reality. Karima left behind a career in department stores in 2010 to study at the Lenôtre school and then went on to work for Lenôtre as a pastry cook learning alongside several MOF and Pastry World Champions, including Christophe Felder and Gerard Taurin. Clearly she had found the pursuit she is so perfectly suited for, combining technique and perfectionism with an artful eye. You’ll find these at Rotisserie Georgette in her Parfait Mont Blanc or her bright, refreshing Yuzu Mousse.

Karima was born in the Auvergne region of central France and then moved with her family to Perpignan in the south. She began her professional life in Paris and then moved to New York City in 2014. Karima worked at Epicerie Boulud and Per Se before becoming Pastry Chef at Rotisserie Georgette in September 2018.