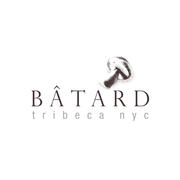 The Reservationsist / Host is the first and last point of contact with the guest and is responsible for greeting, seating and saying goodbye to guests as well as maintaining the flow of the restaurant during service. They will also take and confirm reservations over the phone, retrieve messages and return phone calls in a clear, concise and accurate manner while maintaining a clean and organized work environment.

This position will report directly to the General Manager.

This ideal candidate will have at least 1 years experience as a Reservationsist / Host in a similar type of establishment. Knowledge of OpenTable is a preferred but not required. We are seeking a candidate who is above all else eager to learn and grow into a position. Being a great team member with a positive energy and a can do attitude is the most important.

Chef Markus Glocker is partnered with Drew Nieporent in TriBeCa at 239 West Broadway, the space that once housed Montrachet. Bâtard, a name that references the Montrachet wines of Burgundy.

Bâtard was widely considered one of the best openings in 2014 receiving 3-stars NY Times, 1-star Michelin, and Best New Restaurant from the James Beard Foundation. Bâtard has maintained its Michelin star for each year since opening.

Markus Glocker, an Austrian-born chef who worked in several Michelin-starred places, including Restaurant Steirereck in Vienna, Restaurant Eckart Witzigmann in Munich and Charlie Trotter’s in Chicago, and for Gordon Ramsay in London and New York. The space was renovated under the direction of Glen Coben.