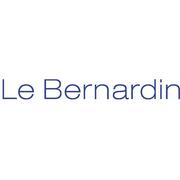 Fine dining experience is required. Opportunity to work in a strong team environment with exceptional benefits.

Le Bernardin is New York's internationally acclaimed four-star seafood restaurant. The 2013 Zagat guide has rated Le Bernardin as the “best-in-class” “seafood shrine,” and the restaurant has “once again been voted NYC’s Most Popular and No. 1 for food because it embodies excellence across the board.”

If you would like to be a part of our team, please send your resume to [email protected]

Inspired by the triumph of Le Bernardin in Paris and its many American clients, the Le Cozes sought to open a Le Bernardin in New York in 1986. In no time, Le Bernardin became a four star restaurant which is renown for setting standards in the cooking of seafood in America. After the unexpected death of her brother Gilbert in 1994, Maguy Le Coze began working closely with Chef Eric Ripert, a disciple and close friend of Gilbert, who took over the kitchen, and along with Le Coze continued to uphold Le Bernardin’s position as one of the world’s premier restaurants.