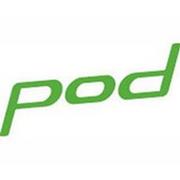 Pod, a contemporary, Pan Asian, restaurant located in University City and brought to you by 2017 James Beard Award winning Restaurateur of the Year Stephen Starr, is now hiring HOSTS & HOSTESSES!

Qualified candidates will have:

About Pod:
(via Zagat) Nearly 15 years in, the "future" is now at Stephen Starr's recently "toned-up" University City Pan-Asian with a "super-mod", white-on-white look and an "interesting menu" of "modern" nibbles, including "excellent" sushi from a conveyor belt; it's "no longer so novel", but fans say it's still a "cool" destination, especially if you "go with a group" and snag a pod.