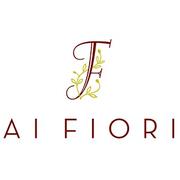 Ai Fiori is an award-winning restaurant located at The Langham New York on Fifth Ave featuring the cuisine of acclaimed chef, Michael White. Meaning ‘Among the Flowers’ in Italian, Ai Fiori showcases the modern interpretations of cuisine from the French and Italian Rivieras, and selectively looks for individuals who have an entrepreneurial spirit and who thrive in an environment that demands excellence in every dimension. Under the leadership of Chef de Cuisine, Scott Schneider , and General Manager, Eliza Poehlman, Ai Fiori strives to provide superb cuisine and seamless service through teamwork and execution.

We are looking for seasoned employees who share our passion for food, wine, and superior service. This is a great opportunity to work with some of the industry's leading figures and be part of a growing and innovative company.

We offer medical, dental, and vision benefits after 90 days of employment for full time employees. If you are interested in joining the Ai Fiori team, please submit your resume. Attachments that cannot be opened will not be considered.

Opened in November 2010, Ai Fiori is Altamarea Group’s first foray into Riviera cuisine. Translated to Among the Flowers in Italian, the restaurant celebrates cuisine from the Italian and French Riviera while showcasing modern interpretations of traditional regional dishes. Ai Fiori’s menu features inventive preparations from the land and sea as well as a selection of Chef White’s signature pastas.

Complete with an ambiance that complements its refined yet playful palette, upon entering Ai Fiori, guests are greeted by the skilled bar staff serving artisinal cocktails behind a beautifully lit white marble bar. Beverage Director, Hristo Zisovski, oversees Ai Fiori’s wine list which boasts over 300 selections spanning from Provence to Liguria, representing the regional focus of the restaurant. In addition to the main dining room and bar, Ai Fiori also plays host to elegant private events. Whatever the occasion, Ai Fiori’s private dining team is dedicated to making each event a memorable one.