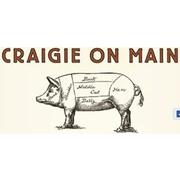 About us:
Craigie on Main is proud to be one of Boston's most creative and respected kitchens. We use only the highest quality ingredients available, make everything from scratch, never take shortcuts, and take pride in our work. We have been awarded many times over locally and nationally, including receiving the James Beard Award for Best Chef Northeast in 2011, as well as this year's Boston Magazine's Best of Boston Award for Best Restaurant, General Excellence.

We couldn't get to where we are without an amazing team. We believe in ourselves and each other, we are always learning, and we believe in rewarding hard work.

About you:
You have a strong work ethic and share our devotion to the craft of cooking and using the best of ingredients. You are passionate about what you do, and you love a challenge. You love to learn and pride yourself in your ability to deliver under pressure.

Like us, your goal each day is to be better than yesterday. You're already a badass cook; working at Craigie will turn you into a straight up wizard. Last but not least, you will enjoy competitive pay in addition to a range of benefits including paid time off, insurance, and referral bonuses.

Ready to apply? Follow this link to send us your resume:
https://craigieonmain.bamboohr.com/jobs/view.php?id=3

Craigie on Main is an equal employment opportunity employer. The position description listed above intends to describe the general nature and level of work being performed by people assigned to this job. Please inquire for a full-position description.

Butchering a Bluefish (even when he's on vacation)

Craigie on Main in Boston, MA launched in 2006 to much praise with Chef Tony Maws garnering a number of accolades for his nose-to-tail, stem-to-root, fin-to gills, ethical and original dining. Distinctions include: