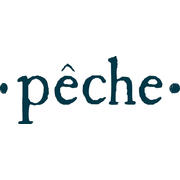 Peche Seafood Grill is seeking positive individual's with a strong work ehtic and a want to grow for Host/Hostess positions. Two years hosting experience is preferred but not required. Working knowledge of Open Table, Reserve and or Resy reservation systems is highly revered. Full or part time is available. In addition to posting your resume here, you're welcome to apply in person Sunday thru Friday between the hours of 1 and 4 pm.
Thank you for the consideration!!

In 2014, Chef Ryan Prewitt was honored with a James Beard Foundation Award for Best Chef: South. That same year Pêche won a James Beard award for Best New Restaurant in America. Pêche was also named one of the Top 10 Best Restaurants in New Orleans both in 2015 and 2016 by Brett Anderson, Times Picayune.