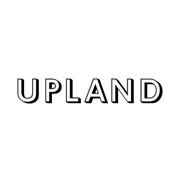 Stephen Starr, the 2017 James Beard Award winning Restaurateur of the Year and NYC culinary giant Justin Smillie, are seeking a skilled Wine Director/Beverage Manager to takeover the beverage program at our prestigious restaurant in South Beach.

Very competitive compensation package, full benefits, 2 weeks paid vac. 5 personal days, 401k, 40% off all dining at any of our restaurants

Creating A Wine Program From The Ground Up

Affectionately named for Smillie’s hometown in Southern California, Upland has received critical acclaim since its 2014 opening for Smillie’s culinary prowess and universal appeal. Fans of the restaurant include Pete Wells of the New York Times who urged readers to visit and described Smillie as a “pasta savant” and “vegetable sage.” Upland is Starr’s fifth active project in South Florida following the successes of Steak 954, Makoto, The Continental and Le Zoo.